Assessing the bibliometric performance of a ‘Special Issue’: a citation analysis using the Web of Science® database

Questions have often been raised by journal readers, authors and editors regarding the intrinsic value of ‘Special Issues’. We examine the bibliometric performance and relative impact of a special issue published in the Japanese journal, Industrial Health, in 2007. Citations tracked by the Web of Science® database between 2007 and 2011 were analysed by type, frequency and impact.
Overall, our results suggest that the special issue had a considerable influence on the bibliometric profile of the journal in which it appeared. The study revealed that special issues can attract more immediate citations and more overall citations than regular issues as well as having a
positive effect on its impact factor in the years immediately following publication. Further bibliometric analyses are now warranted to evaluate the long-term performance of special issues and to investigate their overall impact on the scientific community. 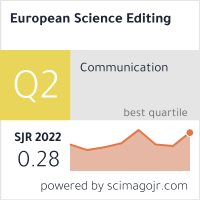